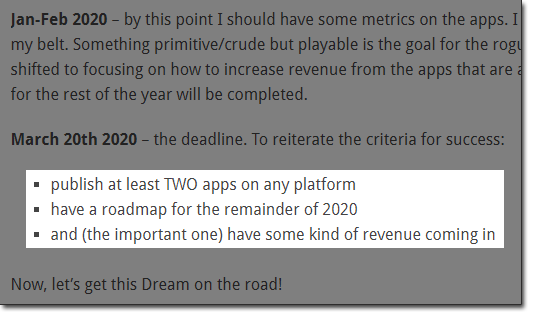 On the publishing front, we’ve kept busy. SIMON 10,000 B.C., Soundboard G3, and SC Scramble have all been released. The biggest problem right now is getting eyes on them. So, where’s the hold up on the rest? Entirely personal. Unemployment, diabetes, arthritis, and a divorce that has forced me from my home have made the past four months beyond taxing. Time, health, and resources have been strained to the limit, so focus on marketing and the road ahead has been difficult at best. However…

I have still be programming. Projects in development right now are:

As health, time, and a table to set up my computer allow, I am hammering away at each, with the dinosaur game intended as my 2020 “flagship game.  More to come!

Not a Game Code Generator